Fence Law: When North Carolina Was the “Open Range”

Find this article at:
go.ncsu.edu/readext?774126
— Written By Robert Branan

[Farmlaw Editor’s Note:  the piece below is not news, but rather a sidebar concerning development of North Carolina fence law from an upcoming piece on fence law and loose livestock liability.]

A common question from livestock owners and landowners concerns North Carolina’s fence law. The North Carolina statute concerning fencing in agriculture (N.C.G.S. §68-16) is basically a prohibition – under misdemeanor penalty – against not fencing livestock. In other states, fence laws take on a more detailed character- particularly the western United States, where later settlement and vastness of acreage required for livestock grazing allowed for grazing without fencing, and policy there was developed in the face of greater opposition.[1] 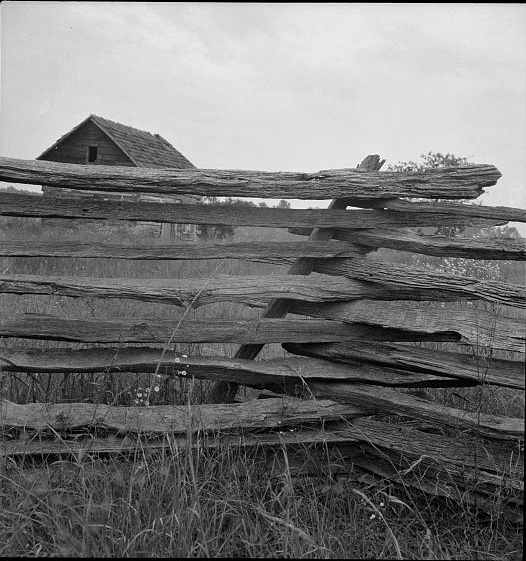 As for North Carolina, from the colonial period through to the decades following the Civil War, state livestock grazing policy was open range, where domestic livestock were allowed to roam free with no requirement of confinement. Under the common law in England – where almost all land was claimed and holdings long-ago enclosed – landowners were required to confine animals lest they cause a trespass on the neighboring landowner. However, American colonials rejected this requirement given the large size of claimed and undeveloped landholdings for which fencing was impossible. Arable land in most places had to be hacked out of the woods and claimed from swamps drained without steam power. Also, cropland acreage was restricted by that which could be sown and harvested by hand labor. Relative to undeveloped lands where livestock could roam, crops were easier to fence. As the North Carolina Supreme Court explained in 1879:

“At common law it was the duty of the owner of stock in England to keep them under restraint and prevent their going on the lands of a neighbor, and if he failed to do so, he was responsible for any damage they might do. But at an early day in the settlement of this country, only such parts of the land being enclosed as were under cultivation, and the English rule therefore not being adapted to the situation and circumstances of the settlers, the usage obtained to allow stock to go at large, and very soon this usage was legalized indirectly by a statute making it the duty of every planter, under heavy penalty, to keep a fence five feet high around his cultivated ground during crop time, unless where there was a navigable stream or other deep water course that was sufficient in place of a fence.”[2]

Thus, crop producers bore the expense and burden of maintaining fencing to keep livestock from destroying their crops, and indeed were required by law to keep a five-foot fence under penalty of misdemeanor.[3]

North Carolina policy was that “owners of stock are allowed the privilege of letting them run at large upon the property of others without being liable for damages done by them in such trespasses, and that, on the contrary, the owners of crops are liable for not keeping up fences to prevent trespasses from their neighbor’s stock.”[4] Because livestock owners could allow their livestock to range free, railroad operators had to take care to avoid liability for injuring livestock.[5]

By the late eighteenth century, however, as the balance shifted with arable land dominating more of the landscape, this burden shifted. The North Carolina Supreme Court in 1870 noted:

“The present system of fence-laws has been upon our statute-book for many years, and yet it is a notorious fact that it has entirely failed to carry out the purposes for which it was designed… [t]he experience and observation of every one teaches him that not more than one planter in every hundred pays any attention to the law requiring him to make a sufficient fence around his cleared farm under cultivation.”[6]

In 1873, North Carolina passed a law authorizing select counties and towns therein to require (after referendum) livestock be fenced. For any county not passing a fencing ordinance, the law required a county without a “stock law” to put a fence around the county – and gates or cattle guards at entry points – to prevent livestock from destroying crops in an adjacent county who had a stock law fence ordinance.[6] And if an owner’s livestock escaped an open range county to destroy crops in a stock range county adjacent, it was the fault of the county charged with keeping up the fencing and gates on roads.[7]

By 1918, ninety North Carolina counties had passed stock laws, and in 1958, free range livestock was finally prohibited in the counties of the Outer Banks, with the exception for Ocracoke and Shackleford Banks ponies.[8] The present general fencing statute was passed covering the entire state in 1971.

[4] Marshburn v. Jones, 97 S.E. 422 (N.C. 1918) Pender County had adopted a stock law, but then held a referendum to reverse it. The NC Supreme Court – in a separate opinion – prohibited the County from levying a tax to pay for the perimeter fencing.