Find this article at:
go.ncsu.edu/readext?615909
— Written By Robert Branan 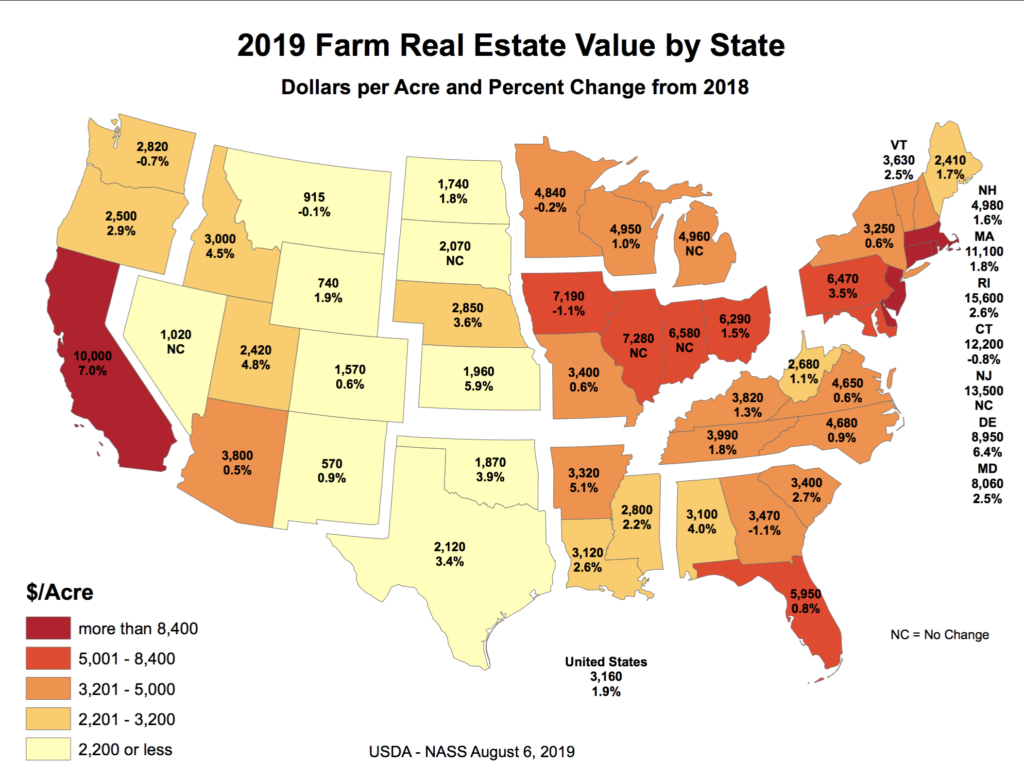 The recent National Agricultural Statistics Service (NASS) posted the results of its early June survey on various categories of farmland values to show a national increase of 1.9% for an average real estate value of $3160 per acre. The categories of land attributes surveyed are real estate, cropland, irrigated land, and pasture land. (North Carolina is not surveyed for irrigated land value.)  NASS defines a farm as “[a]ny establishment from which $1,000 or more of agricultural products were sold or would normally be sold during the year” (including government payments).

North Carolina’s results are as follows:

Real Estate Value:  $4680 (.09% increase from 2018). This average value has remained relatively flat since the 2014 value of $4510. NASS defines this valuation as “[t]he value at which all land and buildings used for agriculture production including dwellings, could be sold under current market conditions if allowed to remain on the market for a reasonable amount of time.”

Crop Land Value:  $4180 (1.2% increase from 2018). Likewise, values have continued to fall below the 2014 high value of $4200. NASS defines this metric as “[t]he value of land used to grow field crops, vegetables, or land harvested for hay.”  This category includes idle land and land enrolled in USDA programs.

Overall, values in the three categories have remained relatively flat for the past five years, gradually dropping. As noted above, real estate and cropland have ticked upward, with pasture continuing to droop downward.