The Atlantic Coast Pipeline (ACP) – the 600 mile conveyance of natural gas from West Virginia to the Virginia and North Carolina coasts – faces continuing hurdles before the Federal Fourth Circuit Court of Appeals with the recent decision of Defenders of Wildlife v. Dept. of Interior, No. 18-2090 (July 26, 2019). This decision relied on jurisprudential standards of review under the Endangered Species Act to find shortcomings in the US Fish and Wildlife Service’s (“FWS”) assessment of the ACP’s impact on certain endangered species habitat in the ACP corridor. This marks the second opinion by the 4th Circuit finding issue with required federal agency approvals for construction to proceed along the pipeline’s corridor.

Under the Natural Gas Act, 15 U.S.C. §717 et seq., the ACP requires a permit from the Federal Energy Regulatory Commission for construction and operation, known as a certificate of “public convenience and necessity.”  As such, the ACP is considered a federal project, triggering a review of its impact on endangered species pursuant to the Endangered Species Act, 16 U.S.C. 1531 et seq., and once a potential impact is affirmed, FEFC must consult with FWS, the agency with jurisdiction over land and freshwater endangered species.  At the conclusion of the consultation, FWS issues a Biological Opinion (“BiOp”) addressing the extent to which the proposed federal action “is likely to jeopardize the continued existence of a listed species or result in the destruction or adverse modification of critical habitat.” 50 C.F.R. § 402.14(g)(4), (h)(3). A proposed action jeopardizes the continued existence of a species when it “reasonably would be expected, directly or indirectly, to reduce appreciably the likelihood of both the survival and recovery of a listed species in the wild by reducing the reproduction, numbers, or distribution of that species.” Id. § 402.02. And a proposed action destroys or adversely modifies a species’s critical habitat when it directly or indirectly alters it in a way that “appreciably diminishes the value of critical habitat for the conservation of a listed species.” Id. 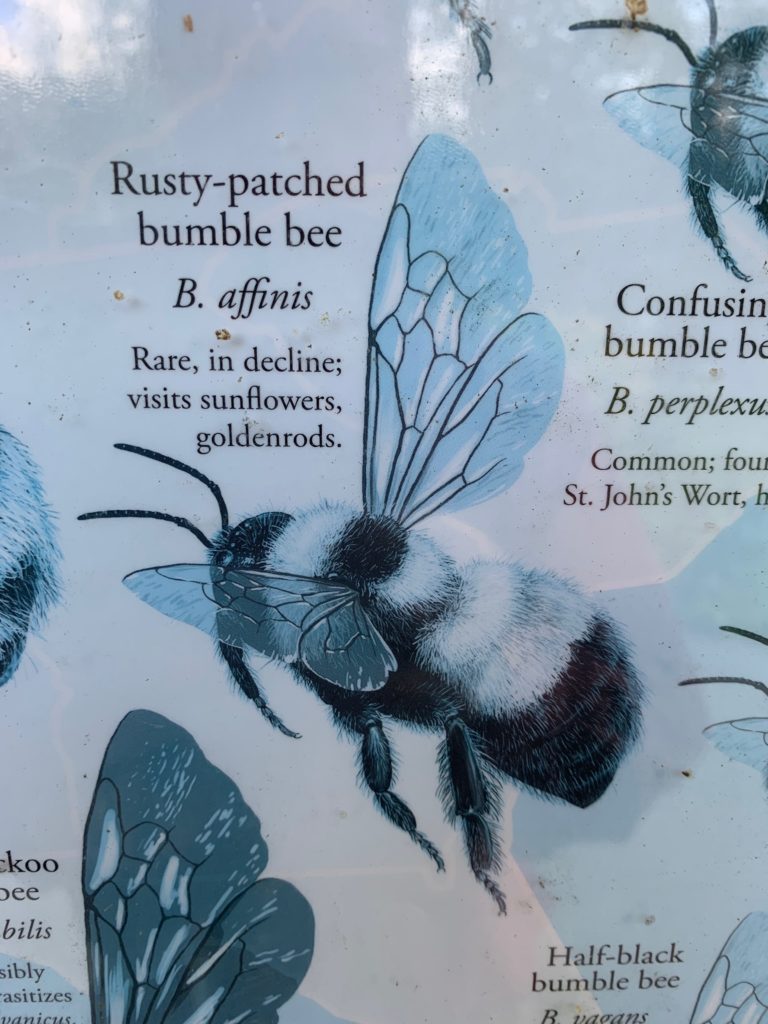 The species at issue in the case – found in the upper West Virginia and Virginia reaches of the corridor – are the clubshell mussel (Pleurobema clava), the rusty patched bumble bee (Bombus affinis), the Madison Cave isopod crustacean (Antrolana lira), the Indiana bat (Myotis sodalis), and the northern long-eared bat (Myotis septentrionalis). The question before the Court was whether FWS had met its obligations under the ESA – using the “the best scientific and commercial data available” as required by 16 U.S.C. § 1536(a)(2) and 50 C.F.R. § 402.14(g)(8) – to address the extent to which the pipeline corridor’s 125-foot right-of-way, estimated to disturb 11,776 acres of land including construction forested areas to be cleared of trees, will impact the habitat of these species. In North Carolina the ACP corridor will extend through the counties of Northampton, Halifax, Nash, Wilson, Johnston, Sampson, Cumberland, and terminating in Robeson County. The species in question do not exist in North Carolina.

Federal regulations require that FWS must address whether the ACP – as a proposed government action – “is likely to jeopardize the continued existence of a listed species or result in the destruction or adverse modification of critical habitat” per 50 C.F.R. § 402.14. FWS had supplied estimated ranges of numbers of the target species impacted by ACP that differed from earlier estimates, without adequately explaining why. Specifically and relying on standards established by other federal Circuit Courts of Appeals (including the 8th, 9th and 11th Circuits), the 4th Circuit Court found that FWS had failed to supply research-supported numbers of impacted species or use latest available data concerning habitat loss impact in its Biological Opinion (“BiOp”), and thus such failure was considered “arbitrary and capricious” – the legal standard for an agency’s failure to comply with specific statutory directive. The 4th Circuit Court also found fault with FWS’s failure to request further study on the impact where it claimed insufficient data, noting its ability to ask for an extension on its consultation with FERC.

The court addressed the sufficiency of the BiOp’s treatment of each species. For example, regarding the rusty patched bumble bee, who nest primarily in the ground and rely on an overwintering queen, the Court found that while the species was observed in the pipeline corridor, FWS commissioned no surveys to determine nest density in the affected area (Bath County, Virginia) to correctly estimate impact losses. FWS instead relied on nest density studies of other more abundant bumble bee species, but not the rusty patched bumble bee. The Court noted evidence submitted at trial that suggested that FWS did not wish to delay ACP’s development schedule by commissioning further study.

As for the clubshell – a freshwater mussel species observed in West Virginia – the Court found that FWS had relied on older data regarding species numbers to develop the species recovery plan when new data was available, without explaining why. The Court felt such reliance on old data called into question its impact assessment on the species.

The full opinion and the Court’s reasoning on the sufficiency of FWS’s assessment of each species is found in this document.

The Fourth Circuit holding highlights a trend in review of cases challenging the Atlantic Coast Pipeline and the Mountain Valley Pipeline, which also originates in West Virginia but terminates near Danville, Virginia. In general, the Court notes that various agencies in their consultations with FERC appear to have changed positions from earlier submitted conclusions without proper explanation.